THE IRISH TIMES: "fLYNG THE FLAG FOR AN INDEPENDENT CATALONIA

Flying the flag for an independent Catalonia

GUY HEDGECOE
ANALYSIS: Rafael Roda unfolds a large flag on the counter of his shop. It is the symbol of the Catalan independence movement: red- and-yellow stripes, with a white star emblazoned on a triangle.
At €17 it doesn’t sell cheaply, but in this specialist flag store near Barcelona’s waterfront, it has done good business in recent months.
“This flag is our biggest seller at the moment,” Roda says. “Since September, sales of the pro-independence flag have been unbelievable.”
These flags, hung from the windows of flats, bars, restaurants, shops and cars, reflect a swelling of regional identity over recent months, to the point where Catalan independence from Spain has suddenly become the dominant issue on the Spanish political agenda.
Roda’s flag sales started to soar two months ago because on September 11th, the northeastern region held the Diada, an annual festival of Catalan culture. This year, the celebration was much bigger than normal. Hundreds of thousands of people took part in a traditional march through the streets of Barcelona which, for the first time, was dedicated explicitly to independence from Spain.
September 11th, 2012, has therefore become a watershed for the independence movement. The beginnings of its rise though go back further.
Economic crisis
One major reason behind Catalonia’s separatist drive is economic. The Catalan authorities calculate that the region pays out to the rest of Spain in taxes about €16 billion more than it receives each year.
This deficit, they argue, has hampered the economic performance of a powerful industrial hub. Spain’s deep and ongoing economic crisis has accentuated the problem.
Catalonia’s request for a €5bn emergency loan from Madrid in August was therefore humiliating for the region but also, its separatists argued, proof that it was being hard done by.
“Catalonia pays more than it receives. You can call that solidarity, but this works against us and it means that our economy can’t develop in the best way,” says Andreu Porta of the Catalan National Assembly.
The assembly’s Barcelona offices where Porta is speaking are modest, but this recently formed grassroots organisation is heavily responsible for bringing Catalan independence to the fore of Spanish politics, due to its deep involvement in this year’s September 11th celebrations.
The region’s premier, Artur Mas, has deftly ridden the wave of separatist sentiment and has promised to hold a referendum on independence if he is re-el- ected in a November 25th regional vote. The results of a poll by his regional government published earlier this month showed that 57 per cent of Catalans favoured breaking away.
However politics is also fuelling the independence movement. In 2010, Spain’s constitutional court ruled against certain clauses of a new statute granting Catalonia more powers. In Catalonia, the statute had been approved by referendum and the regional parliament. The ruling against parts of the document by a group of judges in Madrid was, for many Catalans, the last straw.
“We have a language, a culture and a way of understanding the world, but our identity isn’t respected by a great part of the Spanish state,” says Porta. “Spain doesn’t want to acknowledge us as we are, so we want to leave.”
There is another factor though that has helped Catalans’ sense of self in recent years: the emergence of a generation who have grown up without knowing the repressive, centralising force of the dictatorship of Francisco Franco, who died in 1975.
When Zakaria Bekri talks about his Catalan identity, he sounds like countless others who want the region to break away from Spain.
Different country
“I feel Catalan. We have our own culture, our own language. We’re a different country from Spain,” he says. “We know that we need time, probably several years, but in the end, Catalonia will be a separate country.”
Yet he has little interest in politics and no family ancestry in the region – or even in Spain.
Born in Casablanca, Morocco, Bekri moved with his family to Barcelona when he was nine. Now 23, he is part of a generation of young Catalans who have grown up with the belief that their region fully deserves to break free of Spain’s influence.
“Young people don’t have the mental constraints older people have, whether it’s about issues such as gay marriage or independence,” says Salvador García, an economist from the Emma group, which promotes awareness of Catalonia on an international level.
“Ten years ago, when I told people [in Barcelona] that I was in favour of independence, I felt I had to explain myself – but not any more,” García says. “It’s changed over the last three or four years. Independence feeling is now mainstream.”
Tomorrow: Divorce is messy
Publicat per Anònim a 1:55 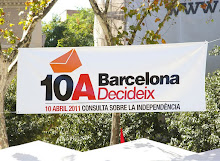 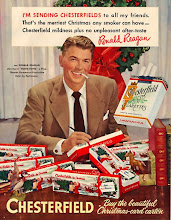 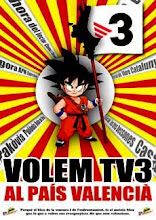